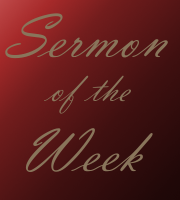 Courting the Bride of Christ

When I think about the day Jesus Christ died on the cross of Calvary, and when I think about the serious nature of what He was accomplishing on that cross, I am reminded of the fact that we should conduct ourselves with the kind of gravity and seriousness which His death on the cross deserves. When Christians come together their primary function should be to worship. Discipleship and edification close seconds, but worship is the primary function for which we were created and it is our central purpose when we gather corporately.

The early church came together to worship and learn. Much of what the church is doing today has very little to do with our primary function as the Body of Christ. It has to do with social interaction, fun and fellowship. I know that we live in a modern day and that many things are going to be different, but the essence of who and what we are should never change because who and what we are is based on an unchangeable fact; Jesus died for our sins. Also, the essence of what we do as Christians should not change. Whoever said that just because we live in a different day that so much of the world should be accepted by the church as normal Christian behavior?

Evangelism does no more than extend religion. It seeks to enlarge, but often there is little thought given to quality instead of quantity. Present day evangelism accepts the present day form of religion as the same as the Apostles' day, and gets busy about converting people to that present day form. Present day evangelism asks no questions about what a person thinks they are being converted to. In fact, the gravity of being converted and the meaning of it is usually the last thing with which a person is confronted. "Just come with us, join the fellowship, be faithful to it, support the ministries and enjoy the benefits of being a part of our church which offers much more than other churches in the area. You have made a wise decision." Jesus did not say: "Go ye into all the world, be sure not to offend them; adopt their methods for getting a crowd and being successful and lo, I will be with you forever and assure you great success."

When we talk about evangelism, we need to ask this question: "Evangelize them to what?" If we are going to evangelize them to much of what we have, and are becoming, then we will be leading them astray. We should not evangelize someone to an easy-believism and social Christianity. As someone has correctly stated: "If you will repent to same extent you will be saved to some degree." And, sadly that's about all that people want in this day and time. Being saved "to some degree" will not do the job. We should not lead people to identify with a watered down Gospel which must always be fun, fulfilling and non-confronting to sin. The reason we should not do this is that we would be evangelizing them to something Christianity is not. If we are going to witness and evangelize people it must be to the genuine thing.

True Christianity which radically changes the life knows nothing about letting the world inside the church in order to gain "converts" (attendees). The church, Christianity, is suppose to be radically different from the world in which we live. It is suppose to be governed by different principles. It is suppose to stand apart from the world in holiness. The church is not the world; it is the Body of Christ, and there is a radical difference in the two. In fact, today's church tends to be more of a Christian organization than a Christian organism. The early church functioned as an organism. The modern church looks and acts more like a Christian organization or social club. The basic thrust of most church programs in today's world is to appeal to the now, and it must be fun. "Give me something fun now." Something that is quick, easy and shallow with no commitment required." Of course, this isn't openly stated but it is exactly what people will flock to. Such churches are no more than social organizations designed for the edification of clients.

We need to re-discover what and who we really are. If we are those who are redeemed from the world, then why is the church running to the world and its methods for success? If we are the Spirit-filled then we are empowered to serve the true and living God and it won't be with the world's methods and thrusts. If we are the Bride of Christ then we ought to act like it and conduct ourselves in a way that it reflects the gravity of what took place on the cross. We are the blood-bought children of God; His disciples and the expectant bride of Christ. We are not participants who have decided to be a part of a Christian organization for our personal advantage and fulfillment.

Not only do we need to re-discover who we really are, we need discernment of what is happening to us. One thing that concerns me is that so many of our trusted leaders have bitten the bait. So many leaders today think that the church cannot survive or be "successful" unless it changes its ways and adopts the way of the world. A good friend of mine made this observation: "If you take "holy" off the Bible and "holiness" out of the church; bring God down a notch or two, then the world don't look so bad." To a great extent, that is what is happening today. For the sake of numbers and popularity they are courting the world, as the world Courts the Bride of Christ. Many worship services today are more confusing than they are edifying. People tend to expect what the environment reflects. And, it is almost impossible to create the environment that is employed in most churches today and then expect them to settle down and receive a message from God that deals with subjects of gravity and edification. Sorry, but it just won't work. That message is going to have to be reflective of the rest of the created environment and that usually means one that is short, shallow and self-centered with little content that goes beyond entertainment. I know there are those who will say: "Well, we don't compromise the preaching of the Word." Does that mean then that they compromise everything else but when it comes to preaching they shift gears and impart strong Biblical doctrine. Very, very difficult to do if not impossible. Popularity and fame are the driving forces behind what is happening in many churches today. The super-loud, driving, pulsating rock style music mixed with flashing lights and fog, played by a group emulating AC/DC is borrowed from the rock concerts and night clubs. They used it first and the church has adopted it. It creates an environment which makes people expect that that is what they will get when they attend. It does not reflect the gravity of what took place on the cross. That approach inspires the basest instincts and reactions from humans. There is no way to pull the world's methods into the context of holy worship without denigrating the worship and shifting the focus away from the redemptive act of the one who died for us.

The generations of preachers up until only a few years ago saw themselves as someone called of God who expended themselves for the good of the church. They stayed with it. They focused on the church most of their waking hours. God's men in those years saw themselves as expendable for the work of God through His Church. But, more and more we see a generation which sees the church as a means to further their personal goals and careers. It is a means to an end. The focus has changed from the church to the preacher and it has done extensive harm to the Body of Christ. But, there are those who are holding steady. There are those who think more of the church than they do of themselves and their careers. I am thankful that God always has a remnant from which He will draw leadership to correct the situation one day.

A.W. Tozer, one of the most profound and insightful leaders of that prior generation I just mentioned said this: "There must come a violent break with that irresponsible, amusement mad, paganized, pseudo-religion which passes today for the faith of Christ which is being spread all over the world." We would do well to remember that ground once given up is twice as hard to regain. It's hard to take the candy away from the baby.

We must have prophetic men of God who will stand and be bold enough to point us to the Biblical model for the Church. We need men who know the difference between the church and the world, and who will be bold enough to lead the people to reject the world and hold fast to true Christianity which never compromises with the worldly system and those who are willing to adopt it in order to achieve some level of perceived success.

Yes, the world has been very successful at Courting the Bride of Christ, and the Bride of Christ has been more than willing to break her vows of purity in order to win the approval of the world and fit right in. If a bride cavorts with someone else, I think it is called adultery and the church is getting awful close to that line if, indeed it has not already passed it.